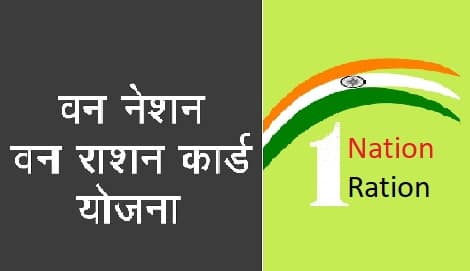 Everything You Need to Know About One Nation One Ration Card

NFSA stands for National Food Security Act. A certified document issued by the states in India to their citizens which makes them eligible to buy subsidized food grain under NFSA’s Public Distribution System (PDS). They also serve as identity proof for many citizens. In January this year, Union Minister Ram Vilas Paswan announced NDA’s determined project of ‘One Nation One Ration Card’(1). In layman’s language, this would allow people to procure food (rice, sugar, wheat, etc.) from anywhere in the country. On May 13th, the Finance Minister Smt. Nirmala Sitharaman announced this as a relief for millions of stranded migrant workers, under the stimulus package announced of Rs.20 lakh crore by the government

They are normally categorized on the basis of the annual income of the beneficiaries. Each family can own a ration card, and children who are below the age of 18 are covered in the ration card of their parents. However, it is not a compulsory but important document for people to have. Its holders are entitled to food, fuel, and other goods dispensed by the government. Through Ration Card, they have the option to buy food grains at subsidized prices. Ration cards take into account the total members in a family and their entitlement towards the subsidized food. With the passage of time, the online service of applying for Ration card and checking their costs has been made available to people. This has obviously put a bar on the corrupt practices and ensuring that the card reaches the deprived.

Currently, 23 crore ration cards have been issued to about 80 crore beneficiaries, As per the report by Business Standard. Existing norms tell us that a family linked to a particular FPS can buy the supplies only from the designated supplier. However, this new scheme of one nation one ration card would allow beneficiaries to buy food at subsidized rates from anywhere in the country.

Note: If you are from UP then apply UP Ration Card here and you will get all details in Hindi. It’s a very easy process.

Broadly, there are two categories of ration cards:

NFSA has now categorized the ration card in two categories:

APPLY FOR A RATION CARD

You can apply ration card online below link, Please check you state and and visit official website state wise.

EPDS stands for Electronic Public Distribution System and it has been launched state governments so applicants can get a ration card, check the cost and availability of food grain online.

It’s an online system based on new technology that will provide you instant solutions to the beneficiaries through ePOS devices positioned at FPSs. Hence, enabling the person to buy the foodgrains he/she is entitled to under NFSA.

HOW TO APPLY FOR A RATION CARD?

The whole procedure of applying for a ration card varies from state to state. With the procedure having moved online, the process is less complicated and the ration card can be applied instantaneously. However, the process of each state is different however the basic arrangement remains the same.
The applicant is charged a nominal fee and once the application is submitted, it is then sent for the process of verification. This whole process of checking the credentials takes about 30-45 days from the date of submission. After corroborating the specifics, the ration card is issued. And if any person is found conveying misleading or false information, he or she becomes liable for punishment under law as well as a criminal suit.